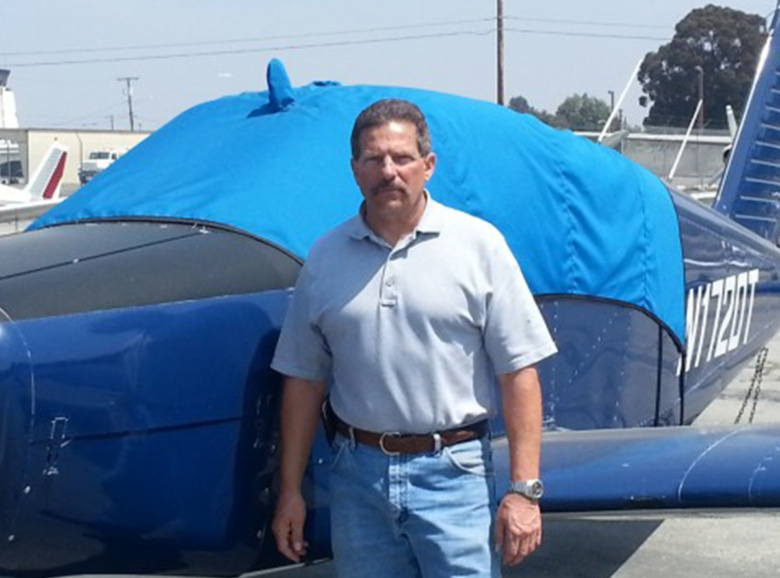 I imagine my interest in aviation is a bit different than most. Certainly most people begin their journey at a much younger age than I, and more than likely for a much different reason. My name is Mike Zigmund and here is my story.

I am originally from Connecticut. At age eighteen I enlisted in the US military and left Connecticut never to return on a permanent basis, although I returned frequently to visit my parents. I separated from the military while stationed in California and decided to stay there while seeking a career in law enforcement. Initially I traveled to Connecticut frequently to visit my parents and childhood friends. As my parents aged, my visits became more purposeful. I flew to connecticut several times each year to do maintenance and repairs on their house as they became too old to do it themselves. Unfortunately, as I aged I developed a fear of heights and of flying.

I would typically fly back to Connecticut at least four times each year, but as my fear of flying increased, my trips to visit my parents decreased until I only flew back once a year. That trip was generally in April so I could be there to celebrate my mother’s birthday in addition to doing the maintenance work on the house. When my father died, that trip became more important than ever as you might imagine. In April of 2011 I flew back to Connecticut for a two week vacation. Unfortunately, I had a bad experience during the flight. I arrived safely but informed my mother that I could only stay for one week instead of the originally planned two weeks. I explained that I would never be getting on a plane again in my life.

Luckily, I calmed down and made the flight back home to California. Once I got home I expressed my fears and concerns about flying to my girlfriend (now my wife). She pointed out that I had to fix this in some fashion as not going to visit my mother was not an option. During that conversation I pointed out that people are generally afraid of the unknown, and jokingly said “maybe I should take flight lessons to eliminate the unknown, and therefore my fear of flying.” It was a joke! My girlfriend however, took me seriously and signed me up for a discovery flight at Riverside Flight School (now Riverside Flight Academy). 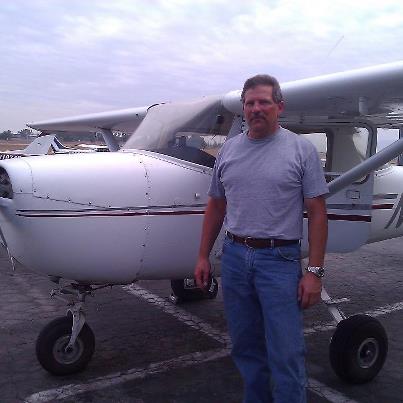 I put that “discovery” flight off as long as I could. Since I was afraid to get on a commercial aircraft, I wondered what the heck she was thinking, signing me up to fly in a tiny little airplane. She had either lost her mind, or she was trying to get rid of me. I should never have mentioned that she was in my will. I should admit at this point that I did not make plans for my annual April flight to Connecticut to visit my mother in 2012 due to my fear of flying. As May rolled in, my girlfriend informed me that she was in danger of losing her money on the discovery flight, so I reluctantly agreed to go.

On May 7, 2012 (just short of my 55th birthday) my girlfriend drove me to Riverside Municipal for my discovery flight. I think she offered to drive to make sure that I actually went to the airport. When we got there I asked if she could accompany me on the flight. They pointed out that my request was unusual and would generally require additional fees. The gentleman I talked to, Dave, asked me what I was thinking. I told him of my fear of flying and said “What I’m thinking is this was her idea, and if I die, I’m taking her with me.” He laughed, I laughed, my girlfriend didn’t laugh when they put her in the backseat of a Piper Cherokee 180, and Johan took us on our discovery flight.

As a result of that “discovery” flight, I signed up for flight lessons. During one of my earlier lessons, Johan expressed his opinion that part of my problem was that I was nervous. I didn’t know I had a problem and replied, “I’m not nervous.” He pointed out that I had a death grip on the yoke and my knuckles were white. To that I stated, “I am not nervous. We left nervous at the airport. I am terrified.” I confided in him my deep-seated fear of flying, and of course he asked the obvious question, why was I taking flight lessons to become a commercial pilot as a second career. I was too old for that. I wasn’t doing it because I thought it was fun. I didn’t! I was doing it to beat my fear and make it possible to visit my mother again before she died.

After just a short time taking lessons in a Cessna 150, I purchased a Piper Cherokee 140 (in Rhode Island). I flew out to inspect the plane and finalize the purchase. My girlfriend and Johan joined me a few days later and we flew that airplane cross country (literally) from Rhode Island to California. What an adventure! I did most of the flying but was very grateful Johan was with us. We ran into serious weather at times due to a hurricane that hit the gulf and pushed through the Midwest just as we got there. His guidance was invaluable not to mention his piloting skills. Especially in Kentucky where he took the controls to make a difficult landing just before a storm hit. Ah, good times! Good times that is if you enjoy the horror of knowing you’re about to die. 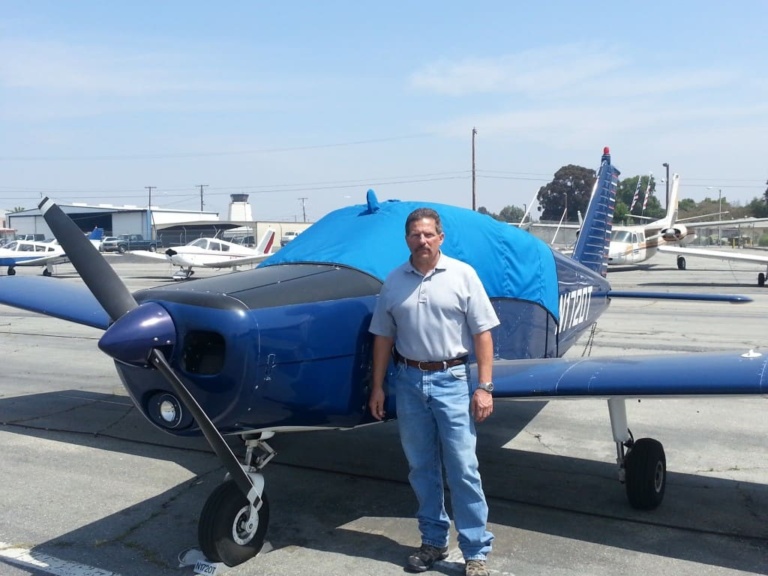 Obviously we made it to California and I completed the rest of my training in my own plane. I received my PPL in February 2013. My girlfriend also took lessons in that plane, and although she did not complete her training and obtain her PPL, she learned enough to be a great help in the cockpit. Married now, we currently enjoy flying together in that same plane, and I am no longer afraid to fly commercial. My mother has since passed on, but conquering my fear of flying has made it possible for my wife and me to enjoy some wonderful vacations.

We have flown commercial to Hawaii and Europe among other places. We also moved to Arizona and use our plane to visit friends and family still in California. These trips would not be possible had she not shamed me into taking flight lessons. OMG I just figured out her end game! I am a bit old to pursue a career as a pilot, but if I were younger who knows. Maybe an aerial tour guide at the Grand Canyon? As it is, I consider my new venture into aviation a great success. It served its purpose and I have a great new hobby to enjoy.